Woohoo Minnesota series! This is one of my absolute favorite things to write about on the blog and it’s been far too long. Today Team Fit Foodie is bringing you to 2 really cool places just south of the cities: canoeing on the Cannon River and the Red Barn Pizza Farm. The three of us + our guys got together last weekend for a very particular reason. Emily and I decided instead of giving Linley an actual gift for her birthday back in May, we’d give her an experience AKA a surprise day! So we blocked our calendars on July 16th and and made a day out of it. Our itinerary? 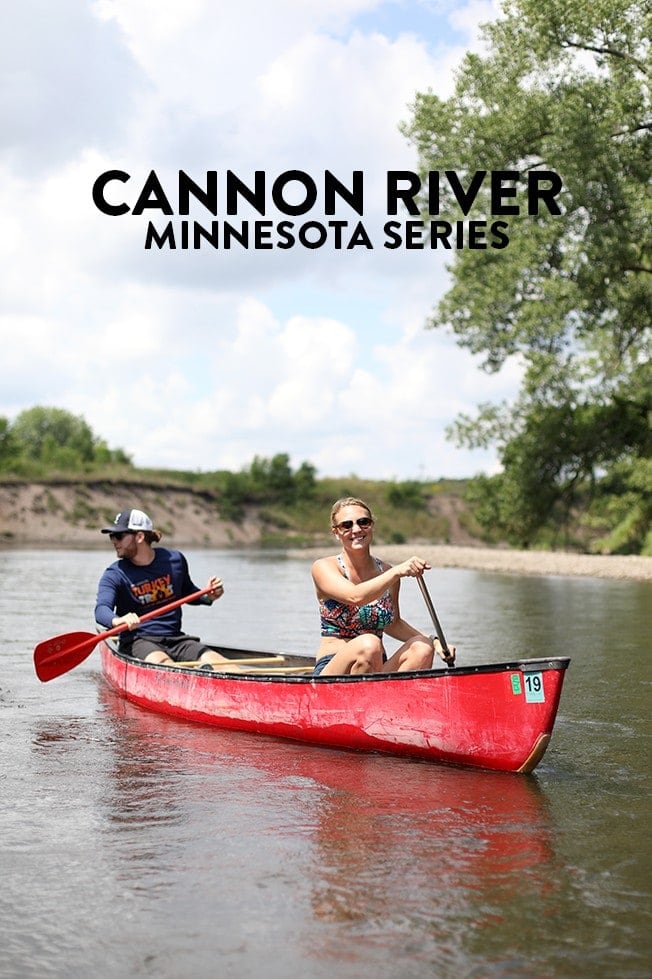 There really isn’t anything better than spending quality time with your bestest of friends. This day trip is something we all would have done together sans birthday, but it was a good excuse to actually get it on our calendars.

We all woke up SUPER early (for a Sunday) and headed an hour south to Cannon Falls, MN for our first stop at Nick’s Downtown Diner. If you are planning to do a day trip on the Cannon River, we highly recommend this place for breakfast! It’s super adorable, the food is delicious (the spicy meatloaf Benedict OMG), and it’s literally 2 minutes from the river. We took our sweet time eating and drinking bloodies before heading to the river for an 11AM send off. 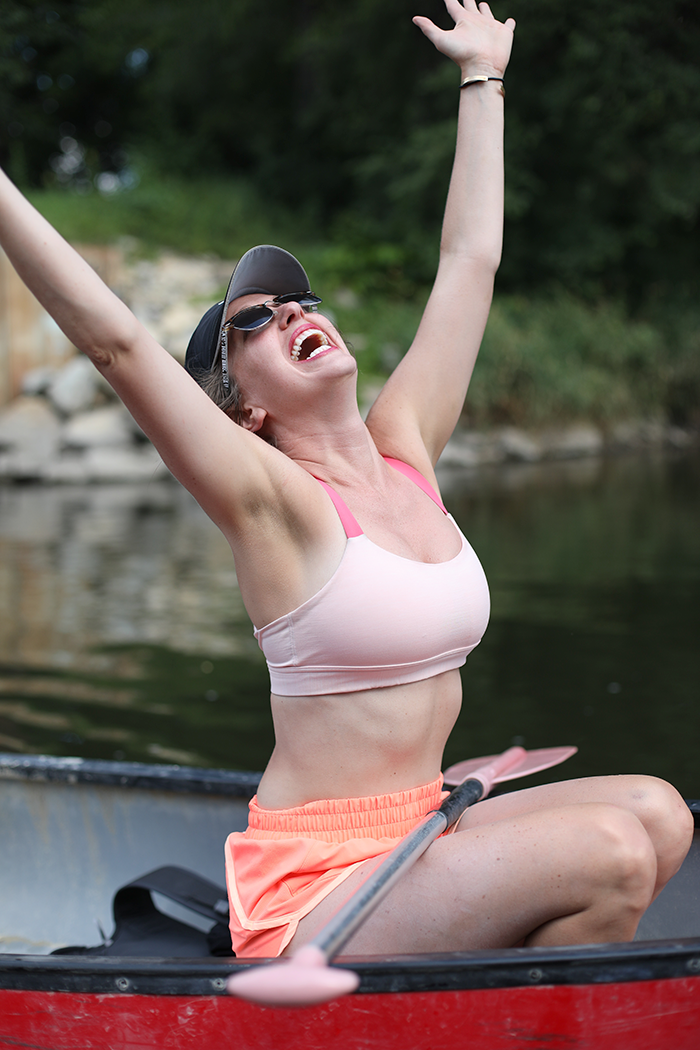 When Linley found out stop #2 was canoeing she literally lost her shit. IE: see photo above. I’ve canoed many times on the Cannon River so I knew this would be perfect to do for a short day trip. Mark and I actually just purchased a canoe last week, but we opted to leave her at home because Cannon River Canoe and Bike Rental is so convenient with how they have things set up. Basically you rent a canoe for $40 and send off at the outfitter and when you pull out 8 miles later, they come pick you up…canoe at all! That way, you can leave your car there and not have to worry about paddling back (which would actually be impossible because of the current).

This was the first time that I shared the river with more than 2 other canoes. EVERYONE was out and it made me so happy. There were lots of fisherman, floaters, kayakers, and canoers. Like I stated above, there is a pretty thick current, so you can literally float the entire thing…or paddle. There are a few sections with “rapids” which is always a good time. We chose to do the 8 mile trip to Welch, but there is also a 16 miler. I’ve never done it, but will one day! 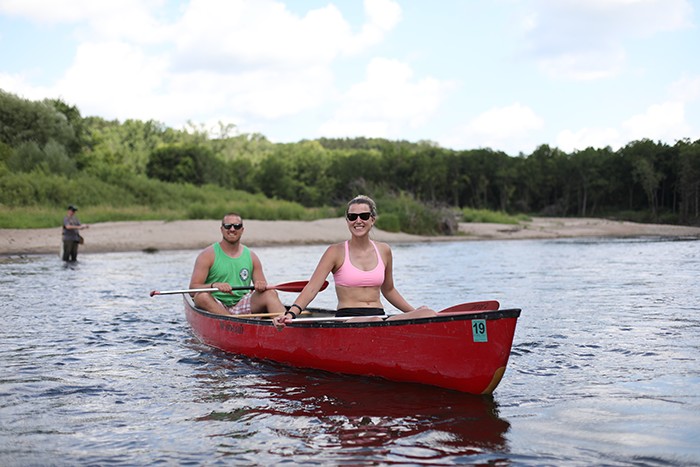 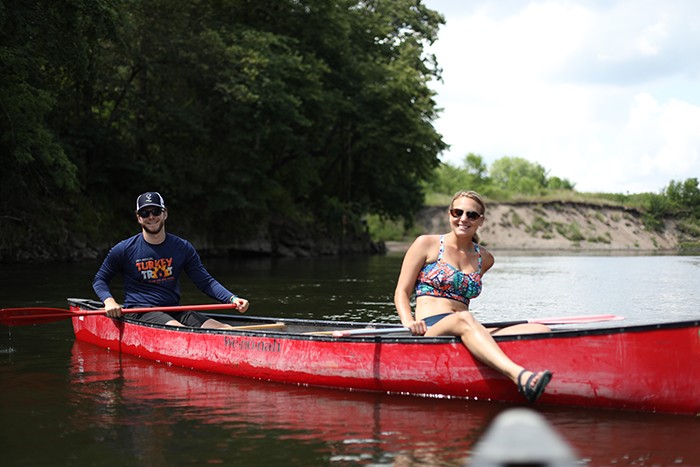 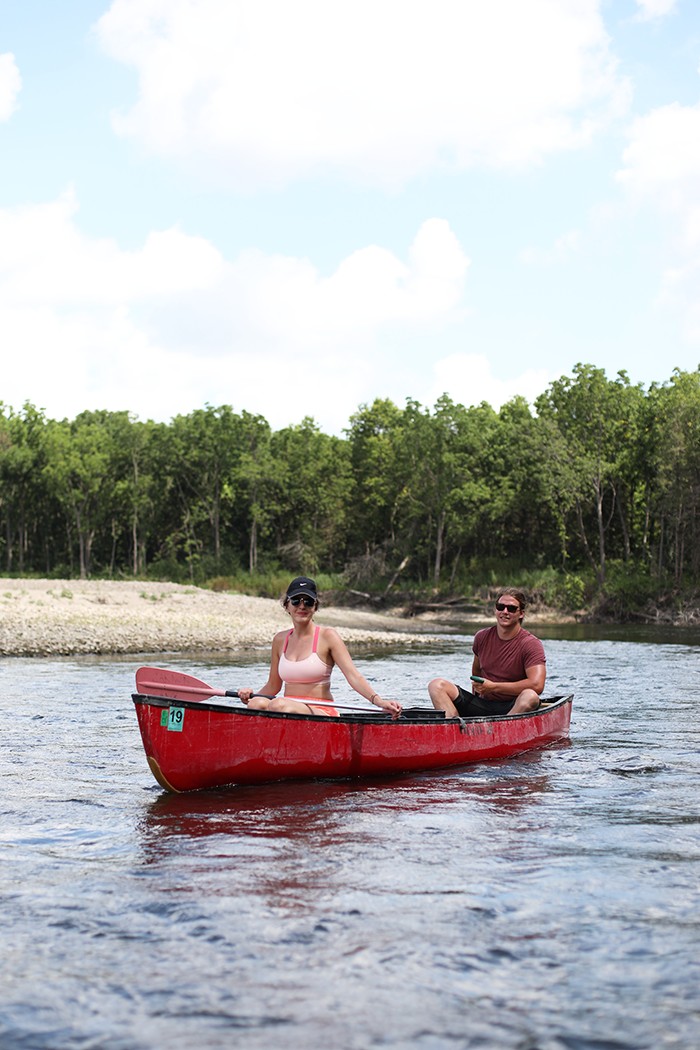 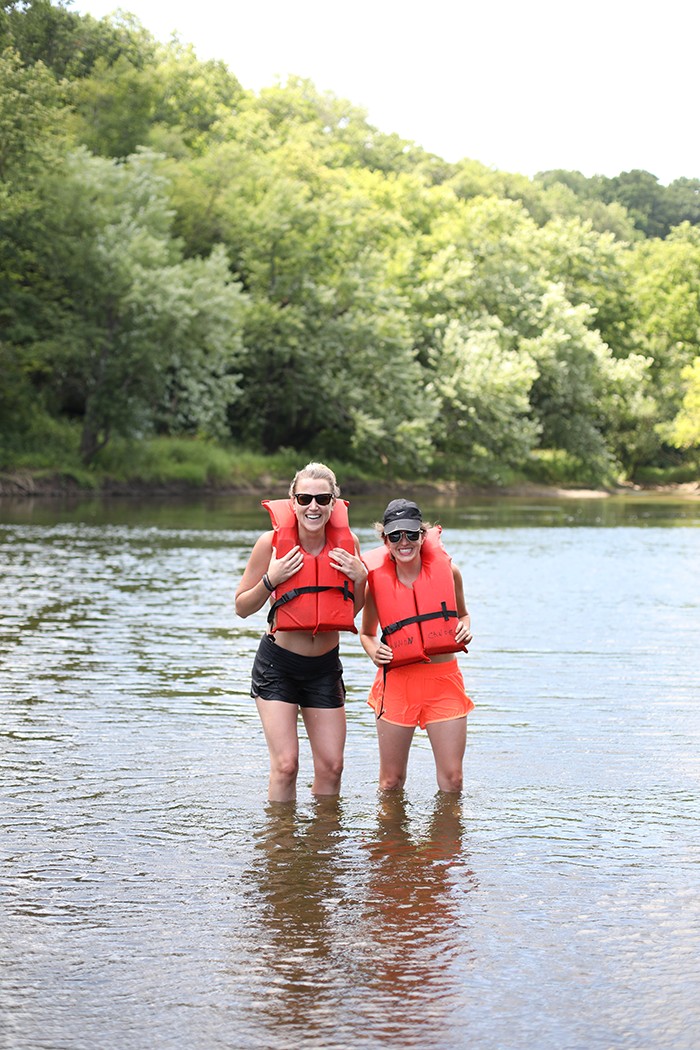 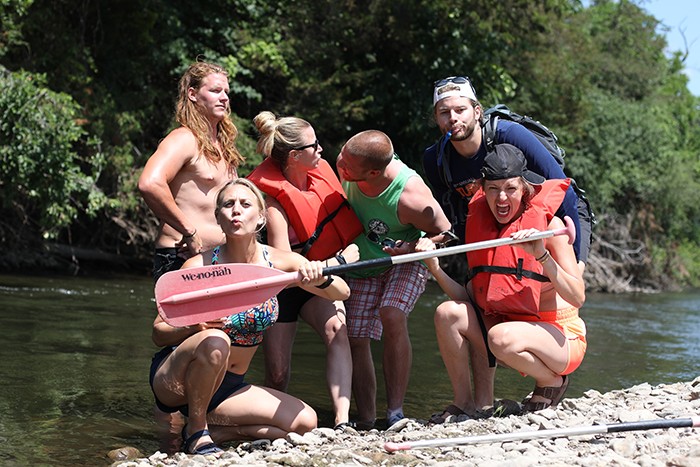 After our canoeing excursion we packed up our cars and headed to stops #3 and #4, which were both located in Northfield, MN.

Tanzenwald Brewery was our interim stop and we didn’t want to leave. What a cool brewery. Emily and Bryce (who BTW, is Linley’s brother) are beer connoisseurs, so they’re the ones who chose this stop. They’ve been to more breweries than anyone I know. I was surprised that they had a full menu because most breweries in the Twin Cities only serve beer. This place’s menu was of the chain and they also had a huge selection of beers on tap. Mark, Lin, and I decided to share a flight…a 10 beer flight! We got to try every beer they brewed and that was great. My favorite was the Funky sour. I’ve been getting more into sours lately. 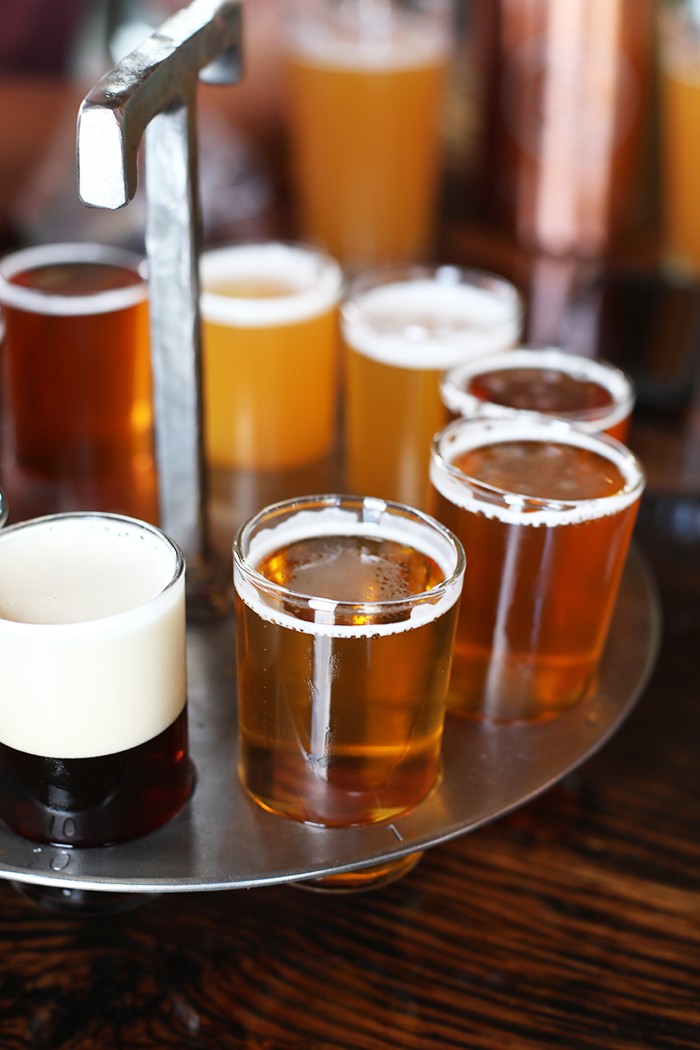 After the brewery we were off on an 11 minute car ride to stop #4. The Red Barn Pizza Farm of Northfield, MN is such a dream. Guys- they hand make their dough and the majority of the ingredients they use for toppings come right from their amazing gardens on the property! The way this pizza farm (and many pizza farms in MN) work is that it’s BYOEverything but the pizza. Most people bring in beer, wine, apps, etc. as well as blankets, chairs, and even a table.

The pizza flavors change as the seasons change and they make everything right on site. They use a huge woodfire pizza oven to bake the pizzas and oh baby do I like when the crust gets a little bit burned. The pizzas are a flat $25 and worth every penny. We brought in a growler of beer that we got from Tanzenwald and a mini camp stove + smores stuff <— because it’s Lin’s favorite dessert. 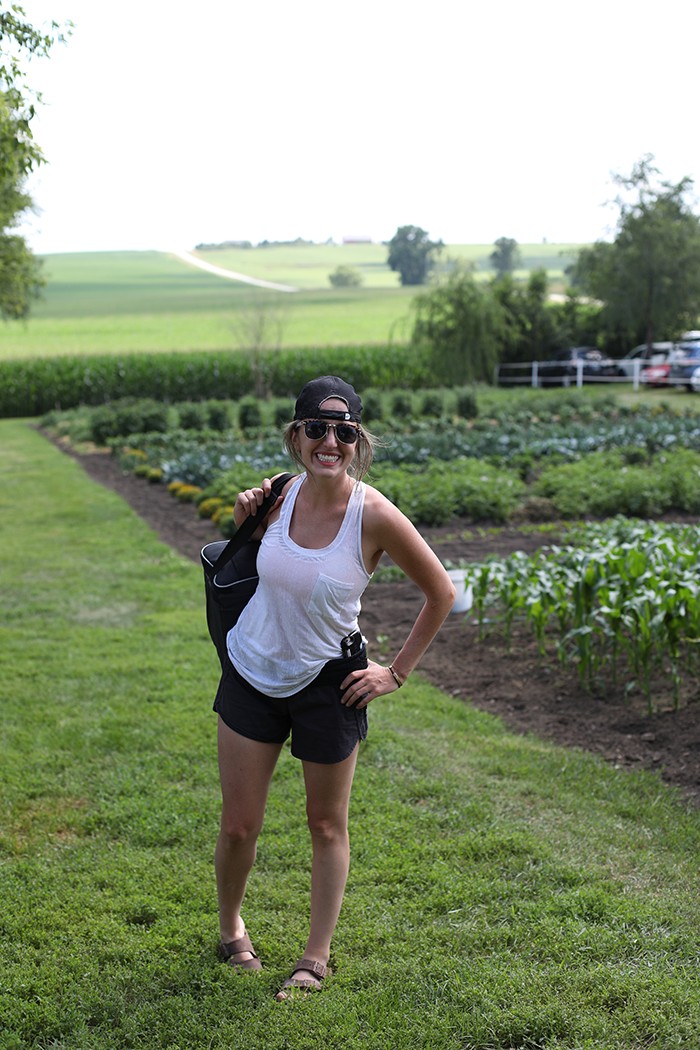 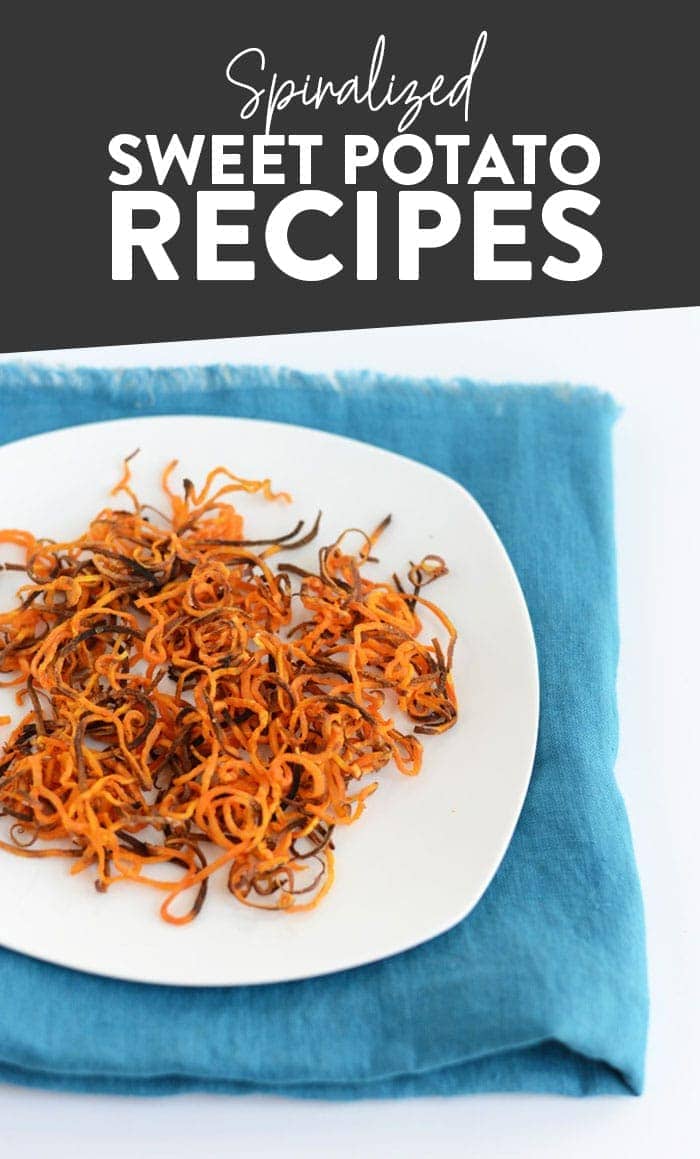 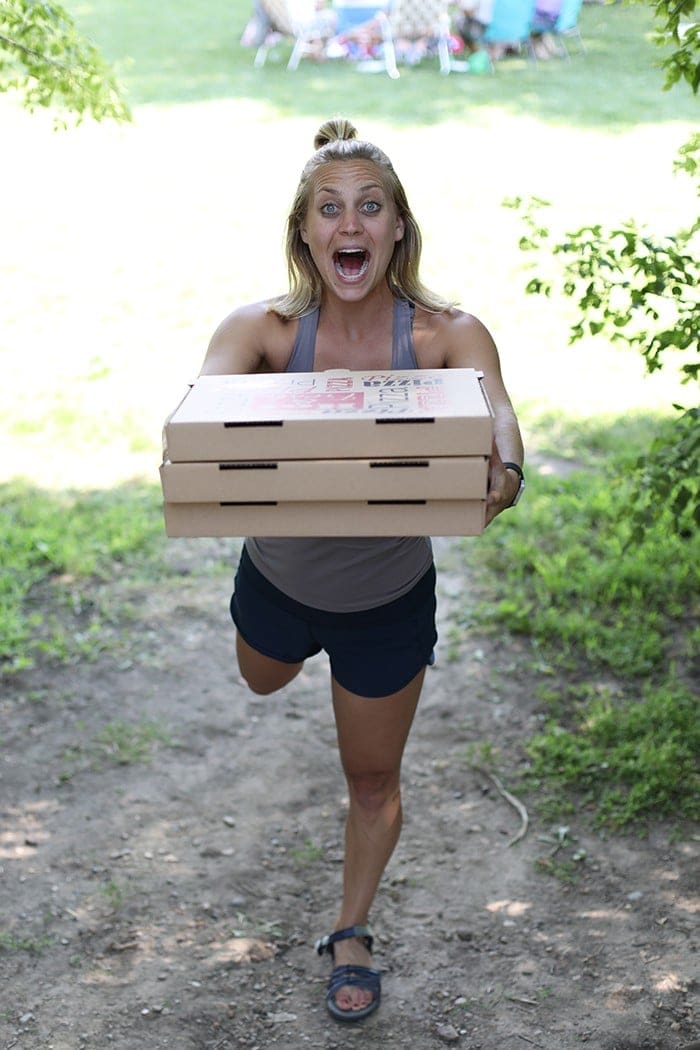 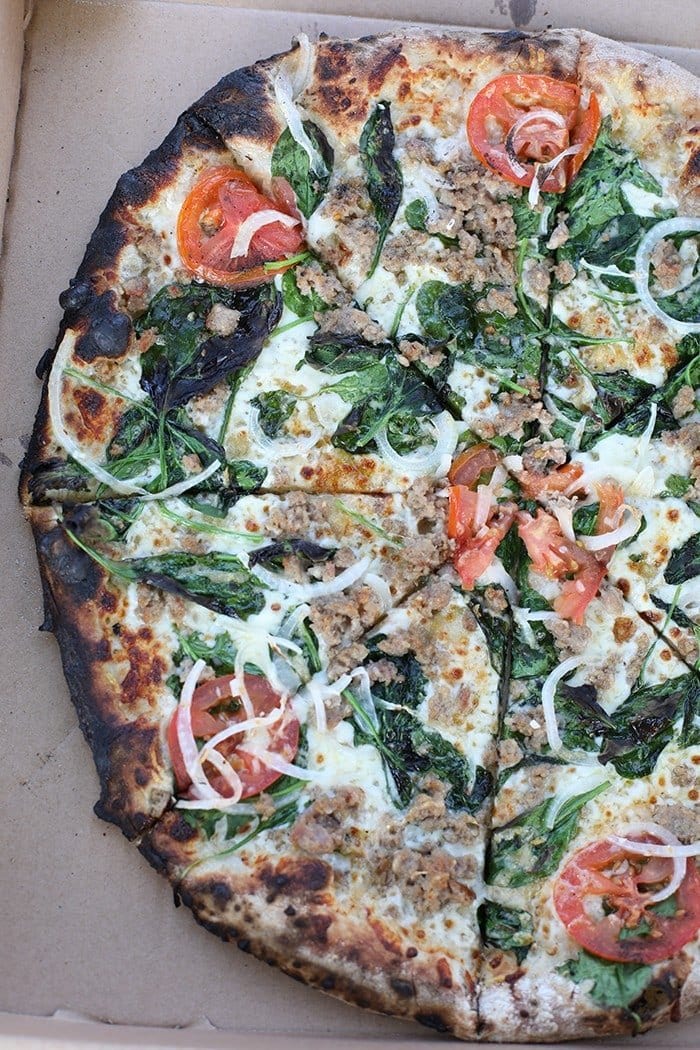 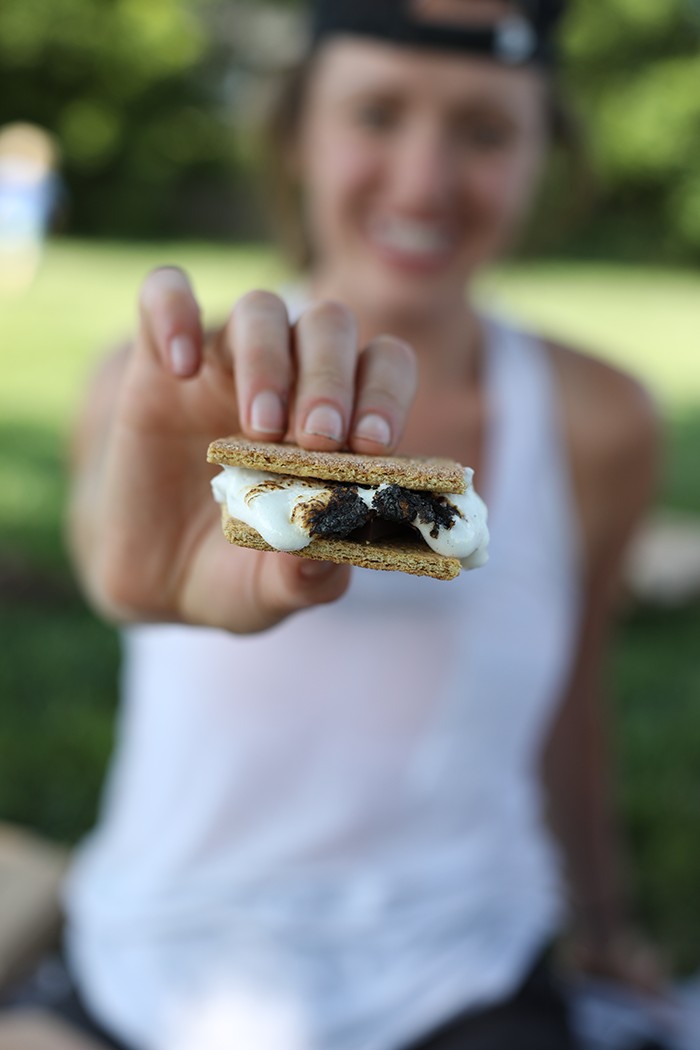 Moral of this post– when in doubt give the gift of an experience verses a normal old gift. This is a day we will always remember!

I was born in MN and it will always have my heart. People don’t understand how amazing the upper midwest is.

So fun! I miss all the fun summer water activities back in the upper midwest!

This is such a fun birthday idea! I’ve never been canoeing but it looks like it’s a blast. We have areas nearby that offer it so I really just need to get out more!

This sounds so awesome! Where in Northfield are the brewery and pizza farm?? I went to St. Olaf for undergrad and don’t remember them, because if I did we would have been at them weekly!!!

That is so true! The gift of experience is so important! Your day sounds like a perfect one full of good times. I am so jealous of the 10-beer flight. Do you know if that brewery makes its beers available in Florida?

I felt like I was there and tho I’m not much of a canoe-r, I really would love to go to that place! Especially since minimal paddling is required. haha! Thanks for sharing your day!

Aw, sounds like the best of days! I bet Linley was stoked! Thanks for the recap, I’ve never been canoeing but you made me want to try it! 😀

What a fab day for a fab team!