Have I mentioned that I have THE coolest job ever?? 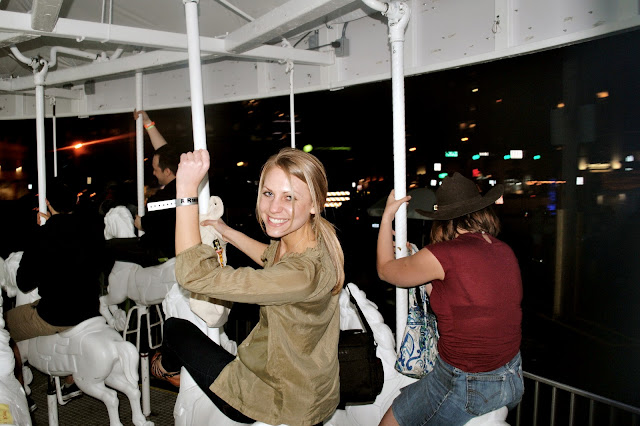 …yup that’s me on an carousel. I think I was the youngest one on that thing by far…. LOL!

SXSW is SO COOL. If I could choose one word to describe Austin it would be “trendy.” Everything about it is young and hip, which totally contradicts any preconceived notions I had about Texas…oops. The streets are filled with artists, agents, foreigners, students, universities, business people, hipsters, bands. Lets just say I’ve been here for under 24 hours and I already done some major people watching…

Yesterday, we flew in to Dallas/Fort Worth and then drove 3 hours south to Austin. Before reaching our hotel, we made a pit stop for some Texan grub. Say hello to the [jankiest] diner ever: The Dixie House….Their specialties consisted of hot buns and pie. haha nom nom. 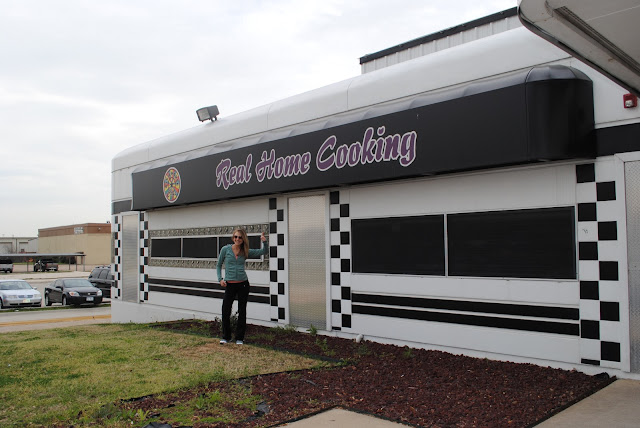 After lunch we quick dropped our stuff off at the hotel and were off to check out the city and grab our badges. Badge = God. A badge allows you to get into all venues and and panels…be jealous 🙂 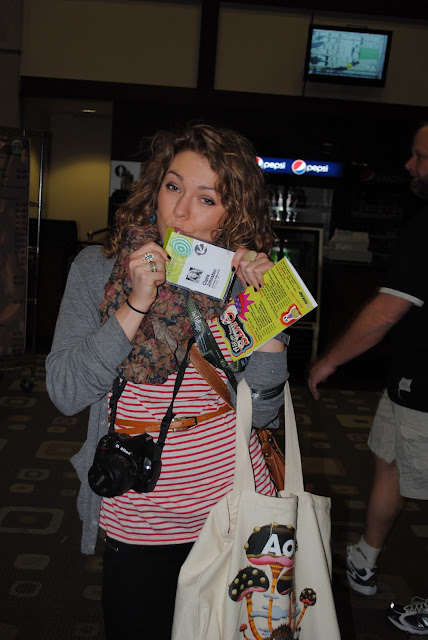 For dinner we ate at a Tex Mex restaurant. The lighting was TERRIBLE so I didn’t take any photos, but I ordered 1 chicken taco and 1 vegetarian taco with black beans on the side. 2 thumbs up!

After dinner we wandered the streets for the rest of the night. There is live music EVERYWHERE here…on every corner, in every bar/restaurant/lounge. There are hundreds of venues scattered throughout the city with amazing lineups every single night. Brett Dennon, Augstana, The Sounds, Lupe Fiasco…are just to name a few! 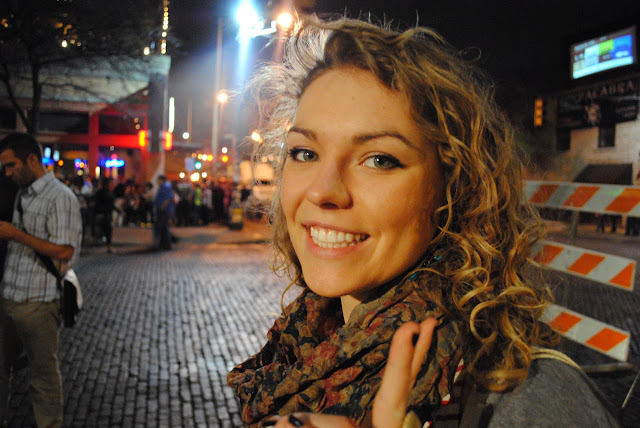 I had a pretty early night. We were back at the hotel by 11. I say early because a lot of the shows don’t start until 1 AM. eek is right.

I was up and at it by 7am this morning so I could squeeze in a quick workout. I figured I would utilize this heat and run outside…but it was still dark out when I woke up so I opted for the hotel’s fitness center. 40 minutes of cardio. BOOM. Before heading back up to my room, I grabbed some breakfast to-go. I <3 breakfast buffets. Especially ones that have OATS, RAISINS, AND FRESH FRUIT!!! 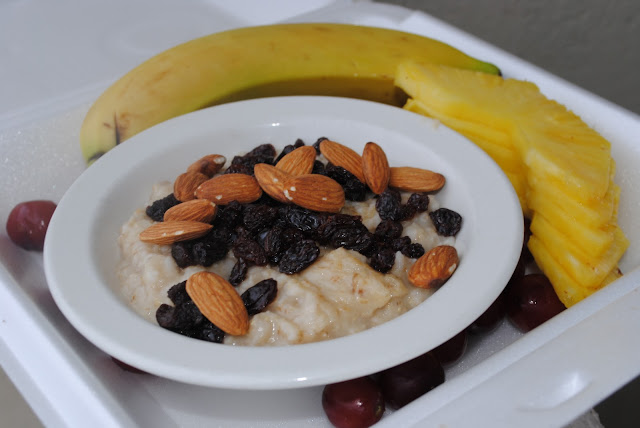 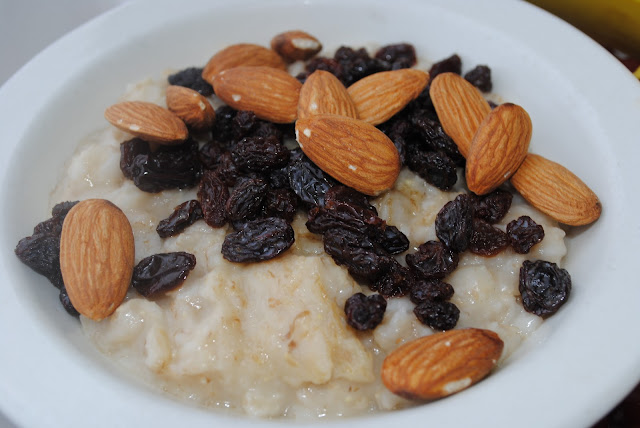 That was the best 10 dollars I ever spent! After breakfast we decided to find a grocery so we could grab some snacks and breakfast food for the rest of the week. Major money saver. 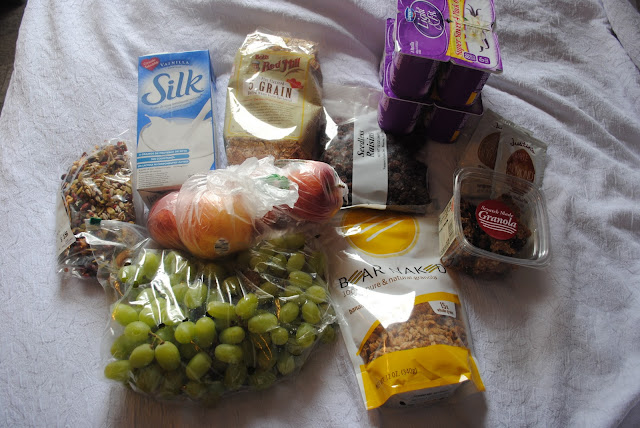 There are three of us sharing a room so we all pitched in and got trail mix, almond milk, grapes, nannerss, apples, granola, raisins, yogurt, and oats. Can you tell I’m sharing a room with foodies?? haha.

We headed downtown by 10:30AM! The traffic in Austin is TERRIBLE. They have closed off a bunch of streets for the festival and traffic is literally bumper to bumper. It took us an hour and a half to go all of 7 miles. :/

Once we arrived to Austin I went to two different panel sessions. One was on Fan Analytics and the other was on College Bookings (which is exactly what I do!). Both extremely interesting. More on those later!

I am currently back at my hotel for a little break, but leaving shortly for a fun night downtown! Can you say….BRETT DENNEN AND MATT NATHANSON? ahh!! so excited 🙂

Have you ever been to Texas?


What kind of music do you listen to?

You should make a return trip to SXSW. It has now has a wellness expo : https://www.sxsw.com/exhibitions/sxsw-wellness-expo/. And I’m also in Austin and can give you some festival tips and suggestions 🙂