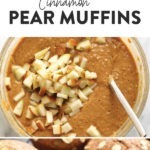 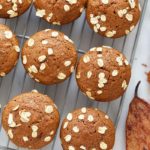 Naturally sweetened with pear puree and maple syrup, these healthy cinnamon pear muffins are the perfect snack or fiber-packed breakfast. 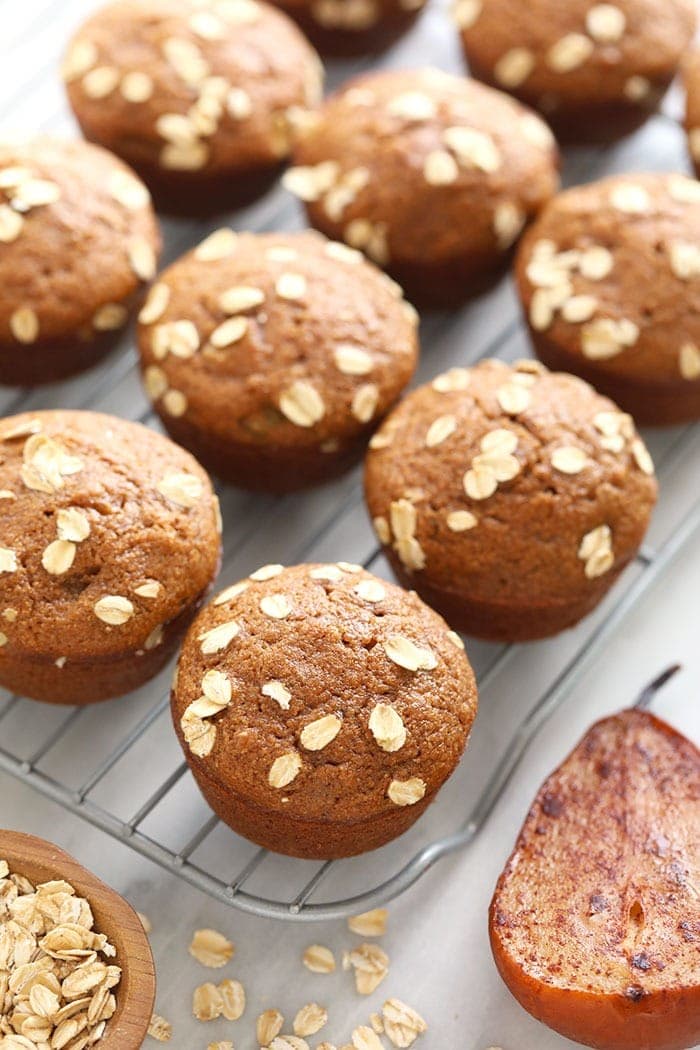 Today we are excited to partner with our friends at USA Pears to bring you a unique and flavorful healthy muffin recipe featuring this delicious fruit. Did you know that there are 10 varieties of USA Pears? They each have their own flavor, color, and texture. CRAZY, right? Today we’re cooking with Bosc pears, which when ripe, are on the crisper and sweeter side. Many Bosc pears are grown in Washington and Oregon and are in season during the months of September to April. Looks like we’re right on time!

Pears are an excellent choice in fruit when it comes to fiber and vitamin C. In a medium pear there are 6g of fiber and only 100 calories. This naturally sweet fruit also has no sodium, fat, or cholesterol. Here are the nutrition facts for 1 medium pear: 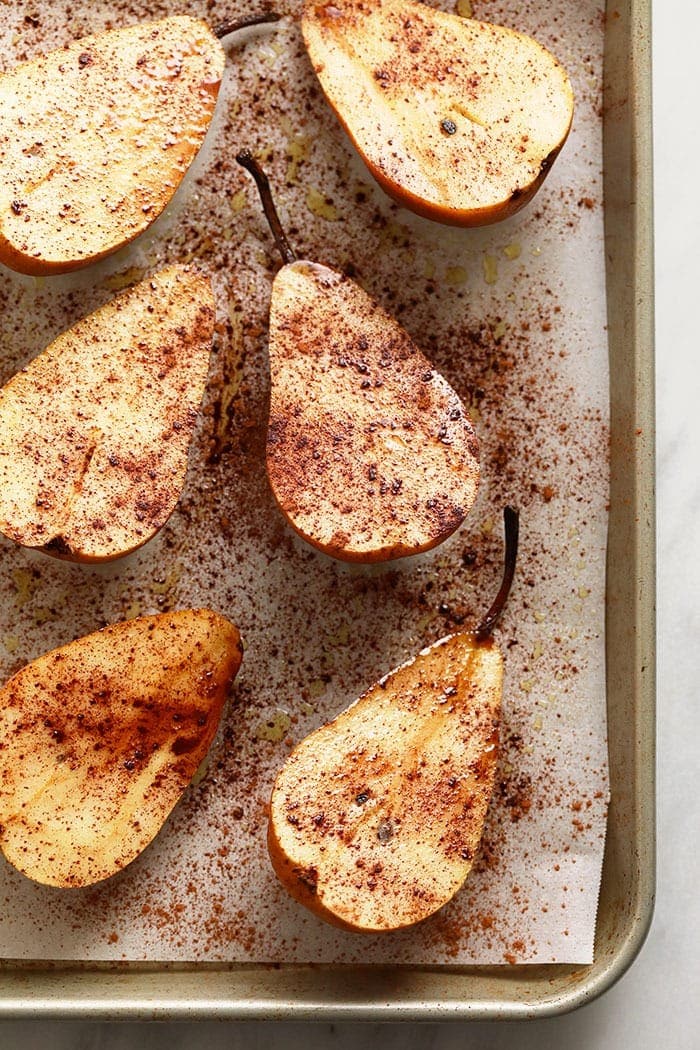 How to Ripen Pears

Have a bunch of underripe pears and wondering how to ripen them? It’s easy! Place unripe pears in a fruit bowl at room temperature near other ripening fruit like bananas, which naturally give off ethylene and will help speed up the ripening process. If you have the opposite problem and need to stop the ripening process, all you have to do is pop them into the refrigerator!

How to Roast Pears

Before we jump into the ins and outs of this recipe, there is one very important step I wanted to touch on –> how to roast pears! We chose to include roasted pear sauce in these muffins to not only amp up the nutrition but to make these healthy muffins extremely moist without having to use gobs of oil.

Roast pears at 400ºF for 15 minutes flat side facing up. Then, flip pears and roast for another 10-15 minutes or until you can easily pierce them with a fork. Let pears cool for 15 minutes before removing seeds.

At this point, you can sprinkle with cinnamon and eat as is OR make roasted pear puree (like for this recipe!). To yield 1 cup of roasted pear puree, place about 6 halves (3 total pears) into a high-speed blender and add 1 tablespoon of water. Blend on high until a puree has formed. 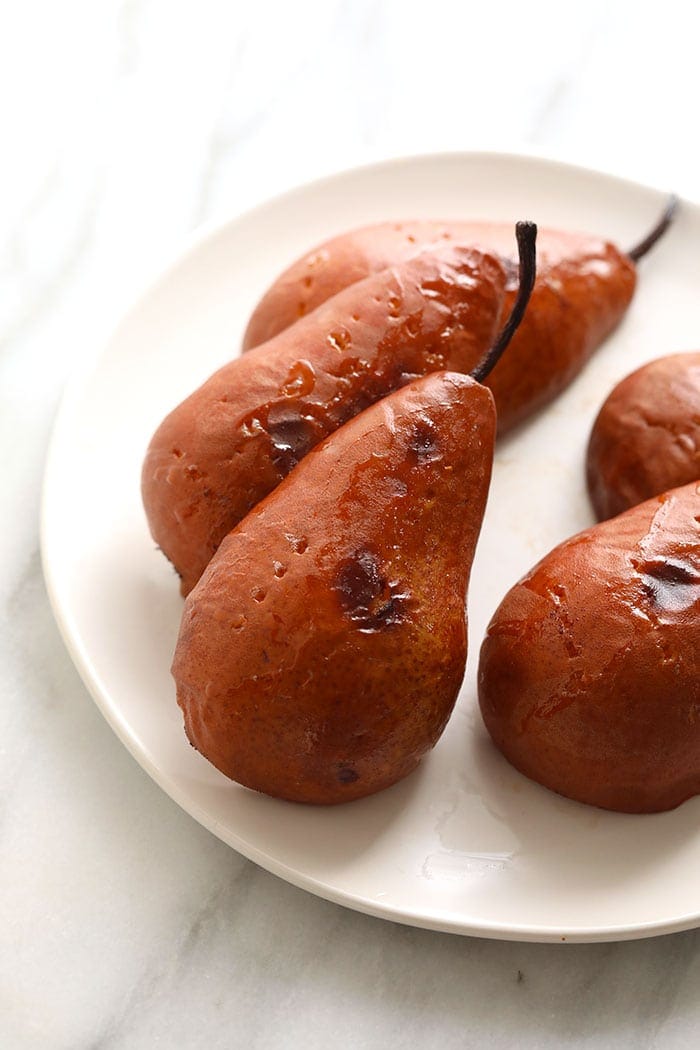 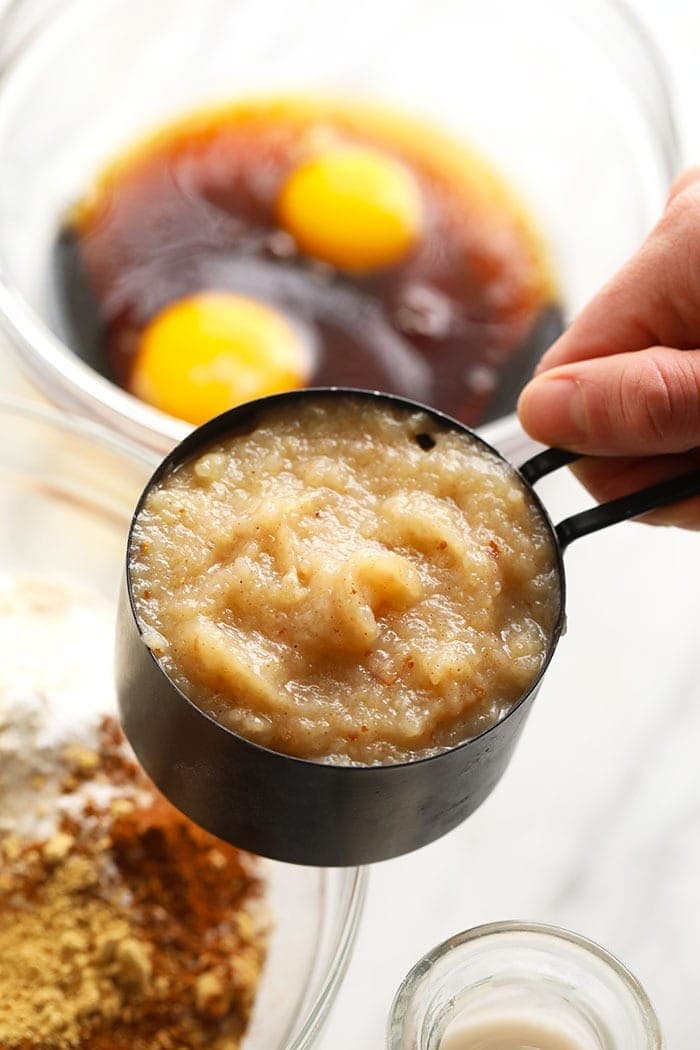 If you are a healthy muffin lover then I promise you these cinnamon pear muffins won’t disappoint. Made with 4 total Bosc pears, these muffins are naturally sweetened, 100% whole grain, and made in under an hour. Let’s check out what you need to get started:

As you can see, this pear muffin recipe is made with whole ingredients and perfectly spiced with the right amount of cinnamon and ginger. Also note that you need 1 whole Bosc pear as well as 1 cup of pear puree, which we will teach you how to make in the recipe card!

If you’re a loaf lover, good news! You can turn these pear muffins into pear bread by transferring your batter into a large bread loaf and baking for 45-50 minutes. 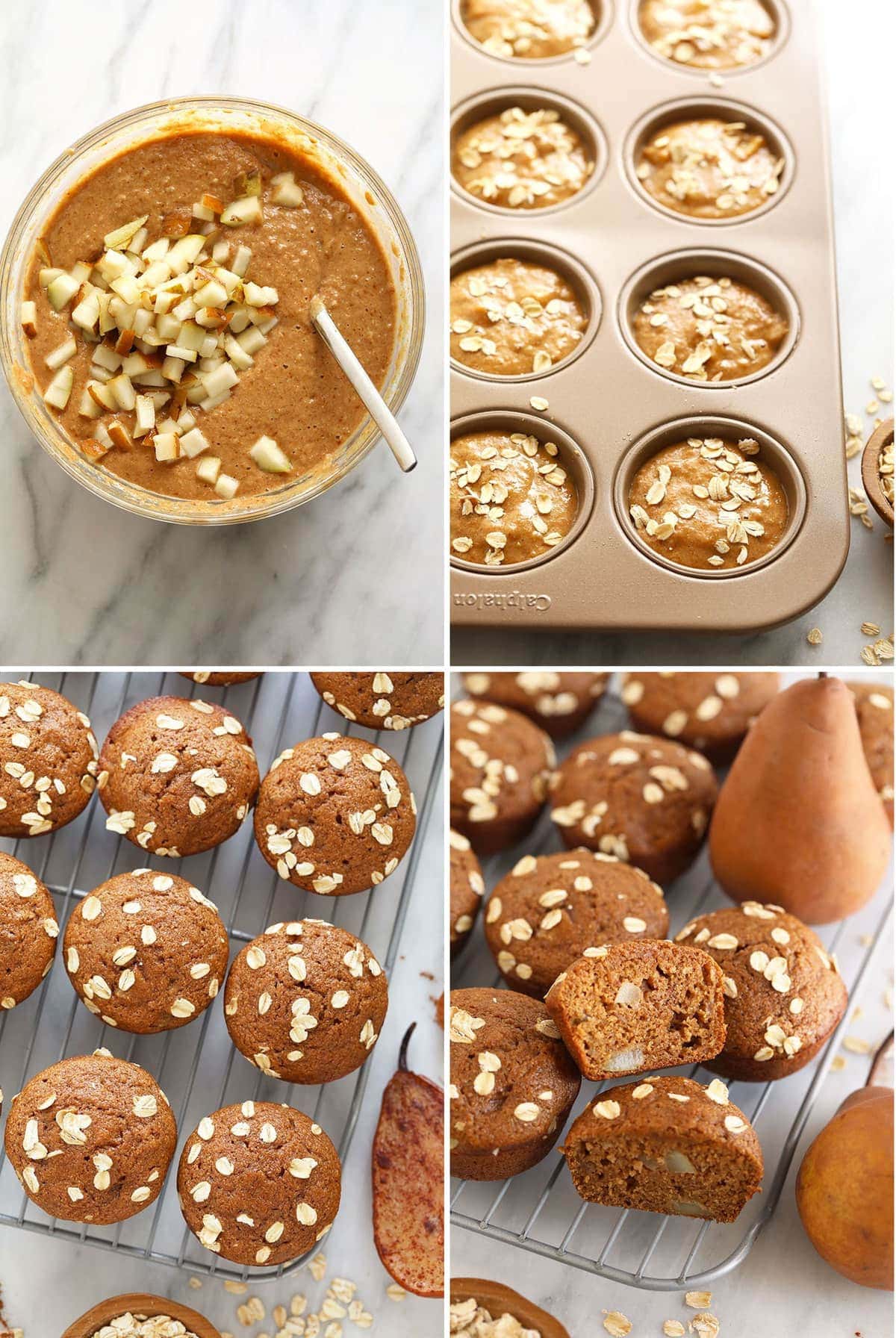 Disclaimer: This post is sponsored by USA Pears. We were compensated and all opinions are our own. Thank you for supporting Fit Foodie Finds!

Really good and easy to make.
I taste the pear and it is not too sweet.
Made with wholesome ingredients