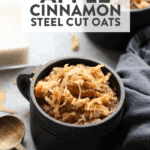 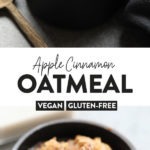 Throw all of the ingredients for this Slow Cooker Apple Cinnamon Oatmeal into your slow cooker, turn it on, and you’ve got a healthy breakfast idea ready in no time and with little effort!

PS: we love this Steel Cut Apple Oatmeal served with fresh apple and a little bit of almond milk! 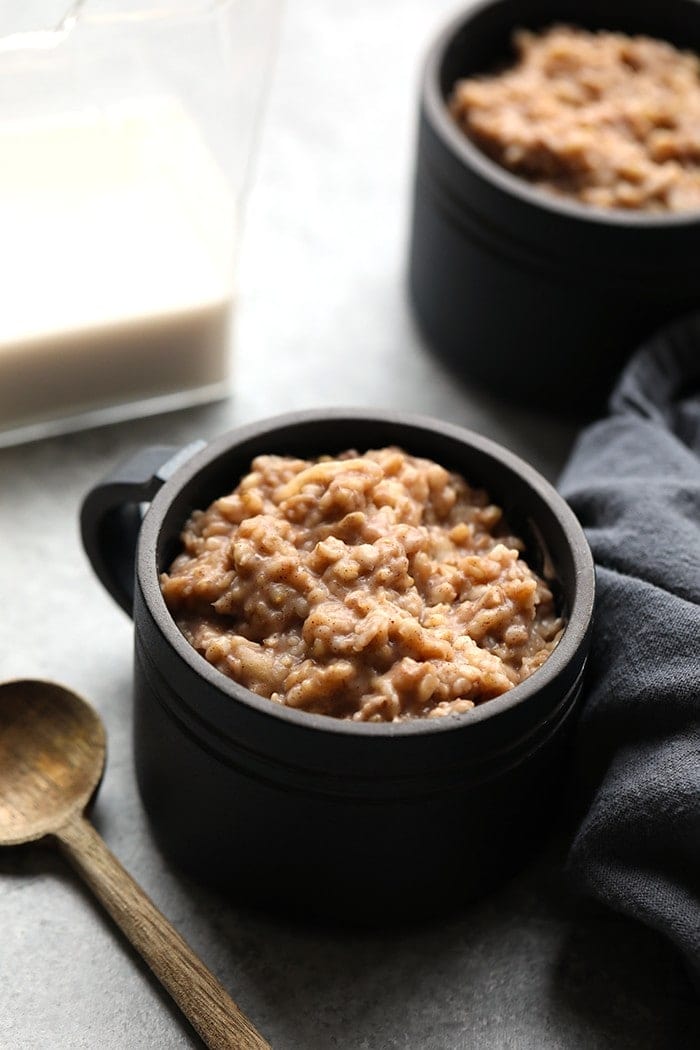 Dear slow cooker, it has been way too long since you’ve last come out to play. I am so glad to have you back in my life. Love, Lee.

PEOPLE. Get that slow cooker out, put it on your counter, and never put it away! You guys know I am oatmeal-obsessed. Oats for breakfast. Oats for a snack. Cold oats. Warm oats. Oats, oats, oats, you name it.

One of my favorite ways to make oatmeal in the fall and winter is in my slow cooker. The slow cooker makes cooking steel cut oats so much easier because usually, it takes 40 minutes or so on the stovetop, with constant stirring. However, in the slow cooker, you can throw all the ingredients in, give it one stir, and you’re good to go in a few hours.

Apple cinnamon is one of my all-time favorite flavor combos and I know you’re going to love this apple cinnamon oatmeal. It’s thick, creamy, spicy, and has just the right amount of sweetness. Here’s what you need:

^^ that’s right, shredded apple. It’s the secret ingredients to these oats. Shred your apple instead of dicing them. It will infuse the apple flavor into every bite of this apple oatmeal! So so sooo nummy. PS: any kind of apple will work, but my preference is Gala. 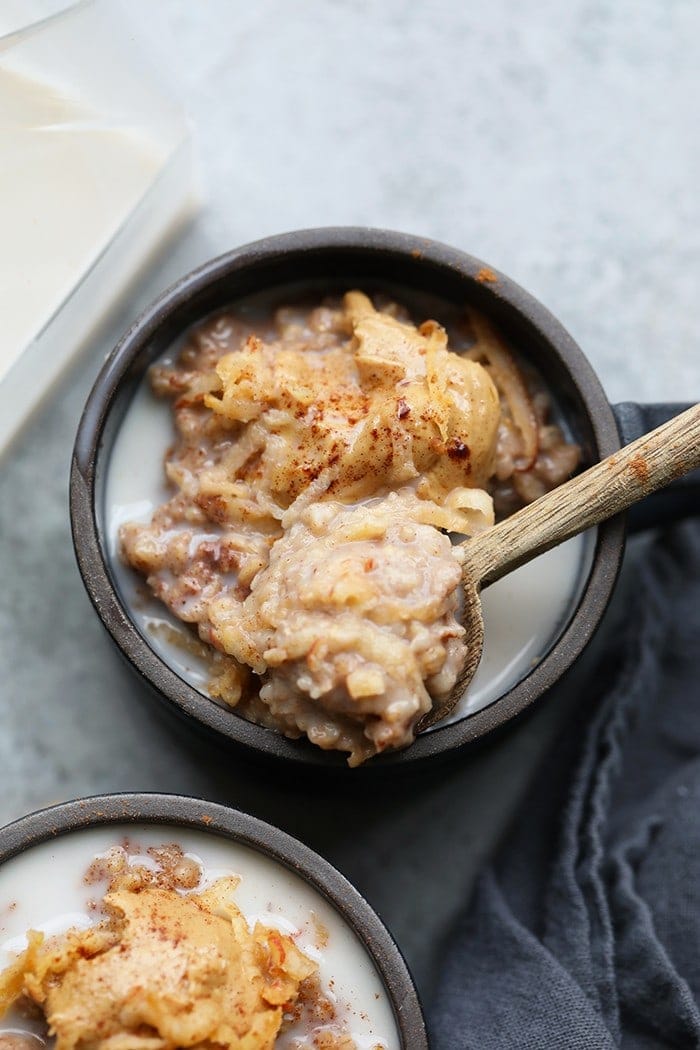 Oatmeal is all about preference. Some people like it chewy and thick and others like it milky and smooth. Here are a few ways to serve this delicious crockpot oatmeal with apples.

Once fully cooked, transfer apple cinnamon oatmeal into a glass storage container and seal. Then, place in the refrigerator for up to 5 days. Alternatively, follow the instructions for freezer directions HERE.

Love oatmeal and want more inspiration? Check out our Guide to Oatmeal for tons more recipes! 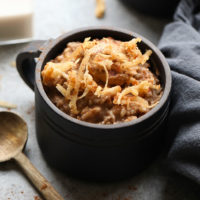 Throw all of the ingredients for this Slow Cooker Apple Cinnamon Oatmeal into your slow cooker, turn it on, and you've got a healthy breakfast idea ready in no time and with little effort!
Prep:10 minutes
Cook:6 hours
Total:6 hours 10 minutes
Fat 4
Carbs 49
Protein 8
Yield: 6
Print Pin Rate

My compliments to the chef! You did a great job!

I just made this and it was SUPER delicious!! Thank you so much!!

Is there an Instant Pot version of this recipe?!

I do not have an IP version of this recipe! So sorry <3

How do you shred an apple?

Hey Roberta! We used a cheese grater to shred the apples!

I guess I’m a little confused as to how you would make this for breakfast when it only cooks for 5 total hours and has to be stirred every hour. Am I missing something?

Yeah I was thinking the same thing. You would have to be up at 3am to start making this for breakfast

There is a note at the end that says you can also cook on High for 2 hrs. Not sure if it still needs to be stirred or when to put the shredded apples in.

You can add the apples in after 2 hours and cook for 15-30 more minutes!

how many servings does this make?

Wow, throw some pumpkin on here and we have the ultimate fall dish! Steel cut oats always make me feel cosy!