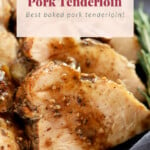 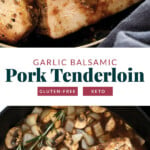 The most delicious baked pork tenderloin recipe comes out so moist and flavorful and is made with an incredible mushroom gravy all in one dish!

This is hands down the best pork tenderloin recipe on Fit Foodie Finds and, actually, on the Internet! It’s tender and juicy, so easy to make, and the gravy is to die for.

What is pork tenderloin?

Pork tenderloin is a cut of pork found tucked underneath the backbone of a pig. It’s lean, long, and very popular American culture.

Pork tenderloin is known for its tenderness because it is so well protected behind the pig’s spine and (if cooked correctly) can be so incredibly tender!

When purchasing pork tenderloin, sometimes the tenderloin is sold with two tenderloins, so be cautious of that when looking for a certain weight.

What is the difference between pork tenderloin and a pork loin roast?

All in all, both pork tenderloin AND pork loin are both an extremely lean cut of pork and taste very similar.

Before getting started with this pork tenderloin recipe, here are our kitchen tool recommendations to make your cooking seamless! 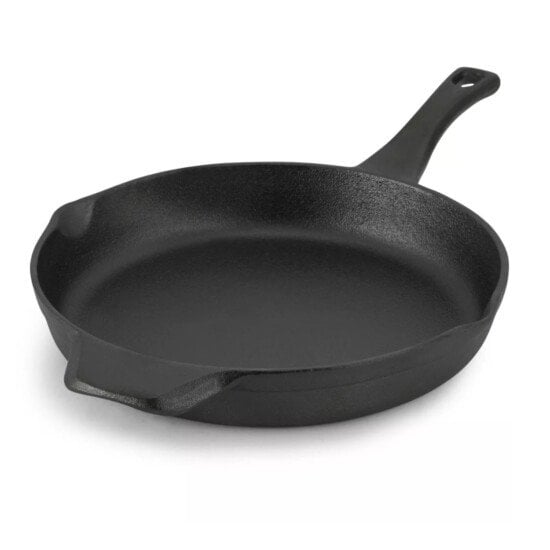 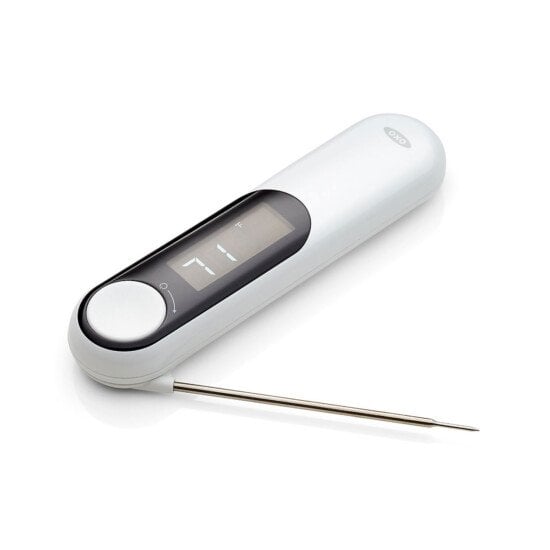 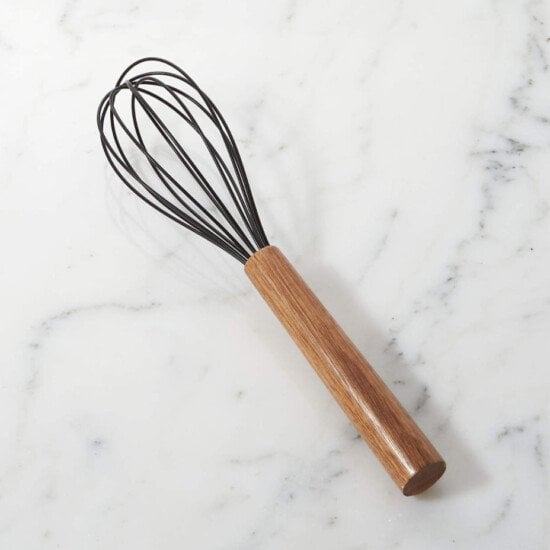 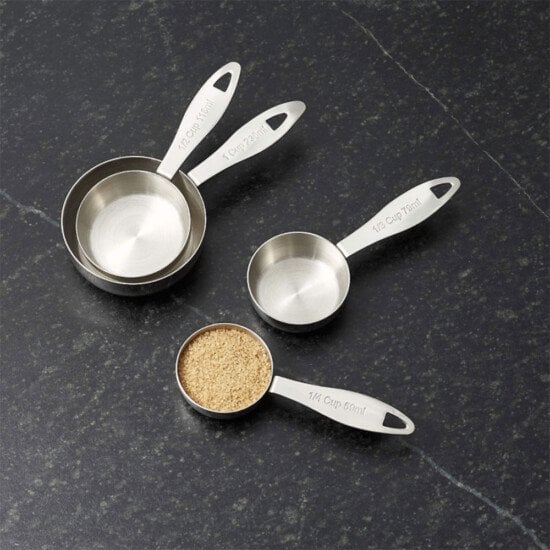 How to Flavor Baked Pork Tenderloin

Like other cuts of pork, pork tenderloin does a really great job taking on the flavor of whatever you season or marinate it with. Honestly, this cut of pork is similar to chicken breast which is the same way!

For this pork tenderloin recipe, we used a simple pork dry rub that infuses your pork with so much flavor and also helps flavor the mushroom gravy, which cooks at the same time.

The spices you need are: garlic powder, oregano, smoked paprika, salt, pepper. Use around 1 to 1.5 tablespoons of dry rub per lb. of pork.

Try using our famous pork dry rub recipe instead of the above spices. You’ll use around 1.5 – 2 tablespoons of pork dry rub.

You can also use our pork tenderloin marinade instead, which will make your pork extra juicy!

How to Cook Pork Tenderloin in the Oven

Here are in-depth, step-by-step directions for how to cook pork tenderloin in the oven. For the full, written recipe and ingredients, scroll down to the recipe card.

A lot of the flavor of this baked pork tenderloin comes from the amazing spice blend that you rub on it before cooking. It’s very similar to our pork dry rub recipe. It’s savory and has the perfect amount of salt. Bonus- you only need 5 ingredients!

Heat butter or olive oil in a large cast-iron skillet. Any kind of oven-safe skillet will work, but we love using a cast iron pan because it gets super hot, quickly.

Next, sear pork tenderloin on all sides for around 2-3 minutes so that it turns golden brown. This is what truly makes this the best pork tenderloin recipe. Remove pork from skillet and set aside. 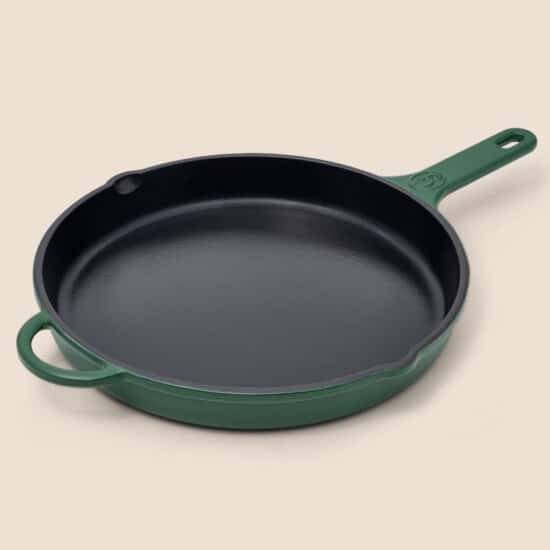 The Great Jones King Sear is our favorite cast iron pan. It’s definitely worth the splurge to add to your kitchen collection!

Next, it’s time to prep your delicious gravy. I mean, what is a pork tenderloin recipe without a saucy gravy?

Turn heat down to low/medium and deglaze the skillet with broth. Use a utensil to remove the brown bits from the bottom of the skillet so that it doesn’t burn.

Add onions, garlic, sliced mushrooms, and balsamic and let cook for 2-3 minutes. Turn the heat off and then move veggies aside, creating a well for the pork tenderloin.

Place pork tenderloin into the skillet, surrounding it with the veggies.

Bake the pork tenderloin at 400ºF for 10 minutes. Then, flip it over and continue cooking for anywhere from 12-16 minutes or until the internal temperature reaches at least 140ºF.

How do you know when your pork is done? Use a meat thermometer to test the thickest part of the pork. The temperature should read anywhere from 140ºF to 145ºF.

Carefully remove your baked pork tenderloin from the oven and then place the pork onto a large plate to rest for 5-10 minutes.

By letting your baked pork tenderloin rest, it will continue cooking around 5ºF and become ultra-tender and juicy.

While the pork is resting, finish your gravy in the cast iron skillet.

Add around 1/2 cup to 1 cup more broth to the mushrooms. This all depends on how much gravy you want.

Then, turn heat to medium/high bring to a simmer. Sprinkle in cornstarch, and whisk to dissolve. Turn the heat down to low and continue to thicken for 1-2 minutes.

Once your baked pork tenderloin has rested for 5-10 minutes, use a sharp knife to slice. Then, top with mushroom gravy and serve next to your favorite sides and grain. See below for ideas!

What temp should I cook pork tenderloin?

The best oven temperature to cook your baked pork tenderloin recipe at is 400ºF. The goal is to get the internal temperature of your pork to reach at least 145ºF (re: Food Safety)

Pork tenderloin takes around 25 minutes at 400ºF to reach a safe-to-eat, internal temperature of 145ºF.

Should you cover pork tenderloin in the oven?

Does pork tenderloin get more tender the longer you cook it?

Pork tenderloin is a very lean cut of pork, meaning that it can dry out quickly. So, if you cook it too long, you risk overcooking your meat leaving it with a dry, stringy texture.
Note: pork tenderloin differs from a pork butt or shoulder, which are extremely fatty and get more tender the longer you cook it. 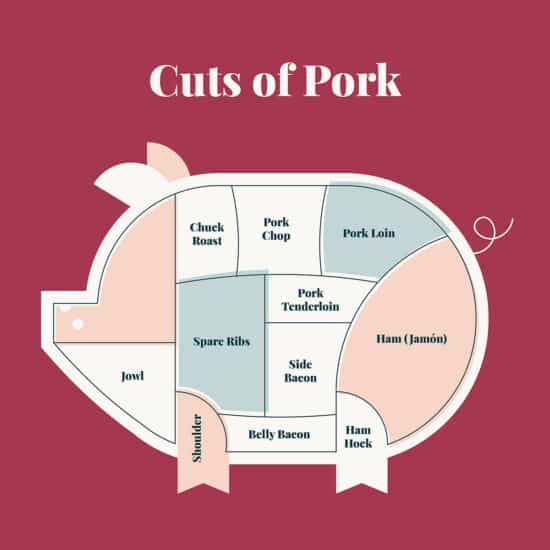 Not sure where all the different cuts of pork come from on the pig? We made it easy. Check out more details on everything pork in our favorite pork recipes round up!

What to Serve with Pork Tenderloin

This pork tenderloin recipe is made with a delicious gravy, so it’ll taste fantastic with pretty much any vegetable, salad, and or grain. Here are some ideas to complete your meal:

u003cstrong data-rich-text-format-boundary=u0022trueu0022u003eTip! u003c/strongu003eIf you’re going to make a vegetable side, we suggest roasting the veggies at the same time as you roast your pork tenderloin recipe. 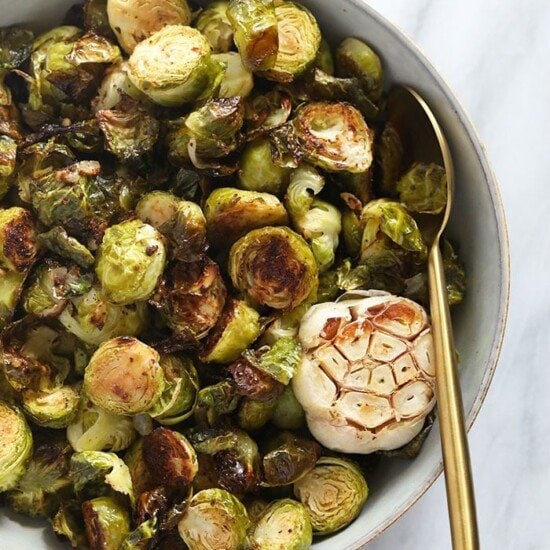 How to Roast Brussels Sprouts 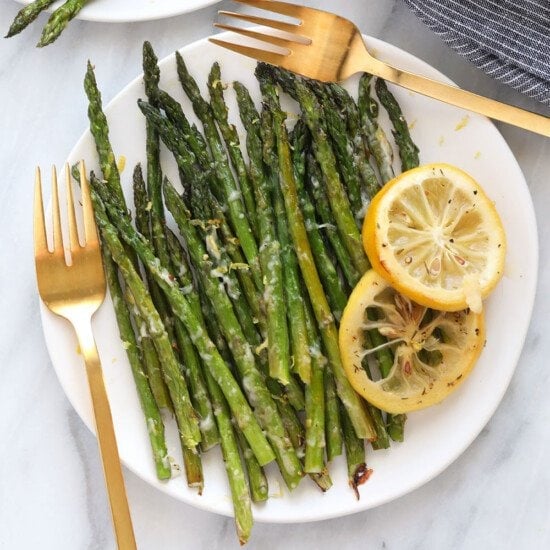 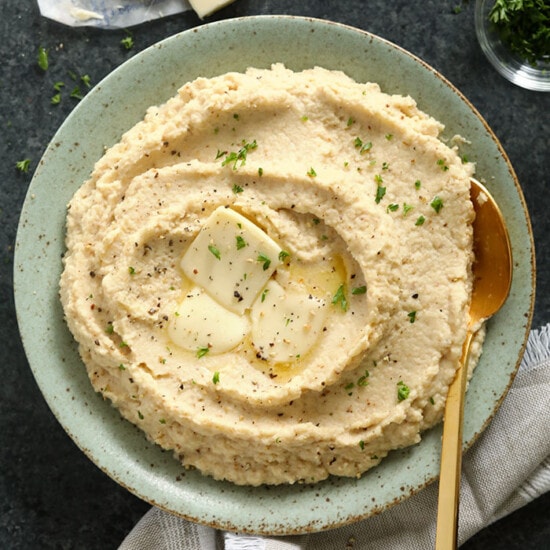 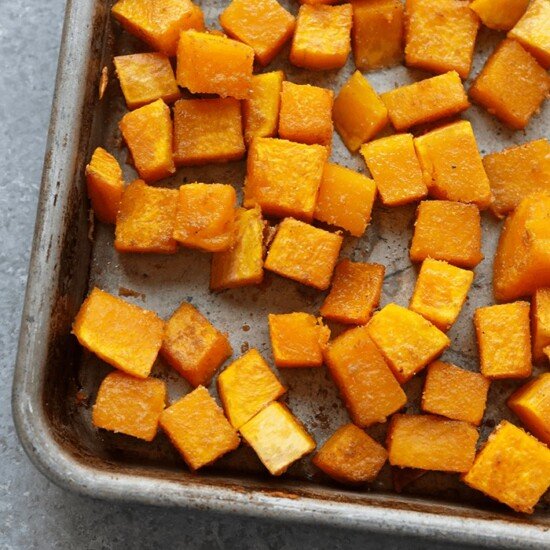 How to Cook Butternut Squash 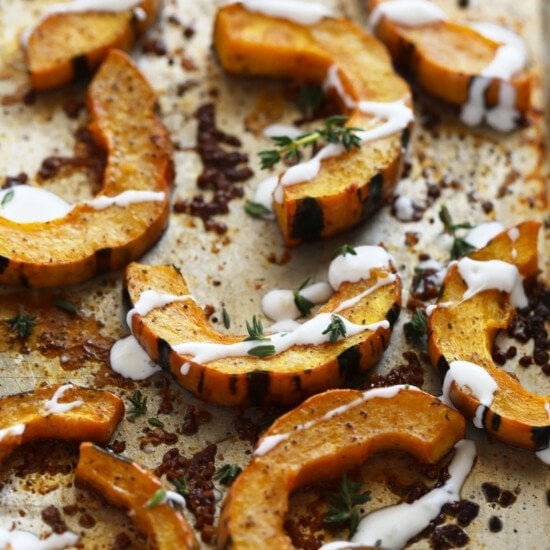 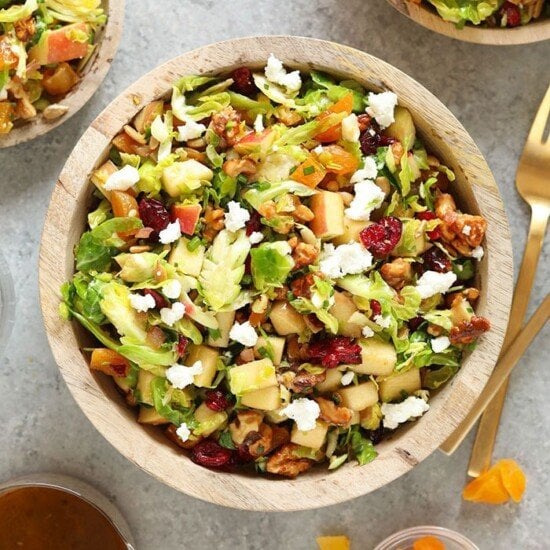 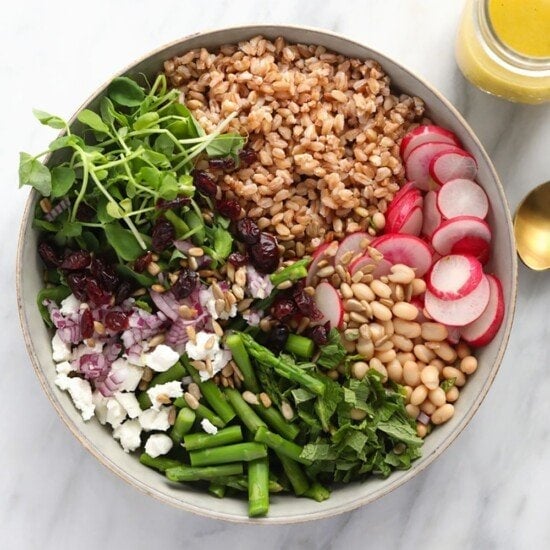 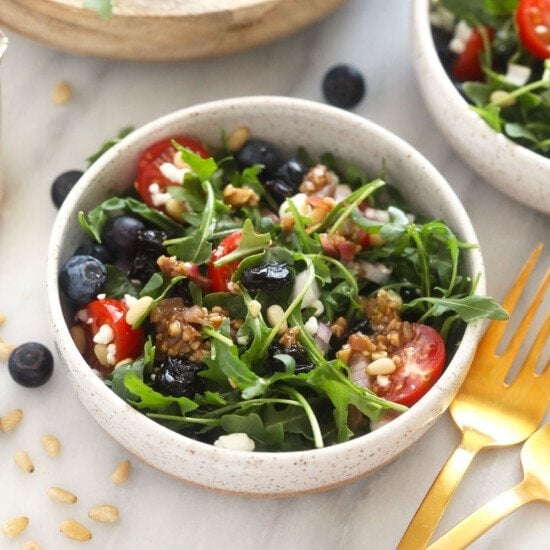 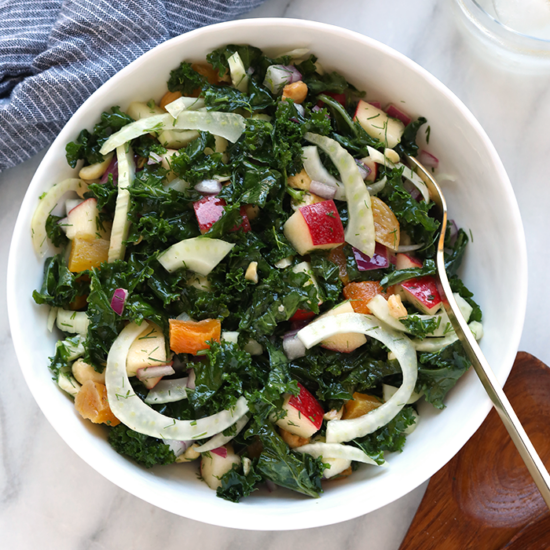 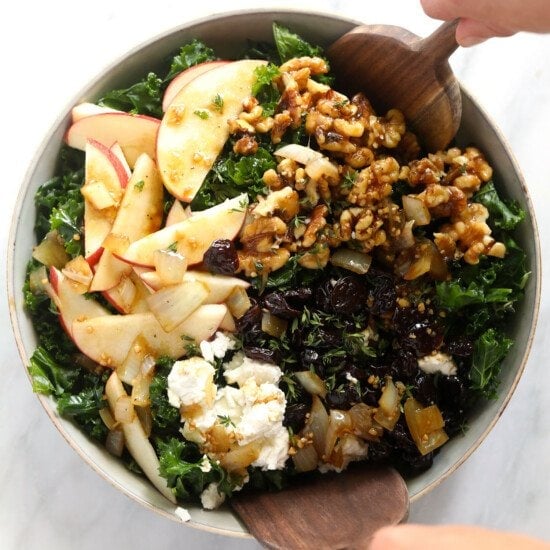 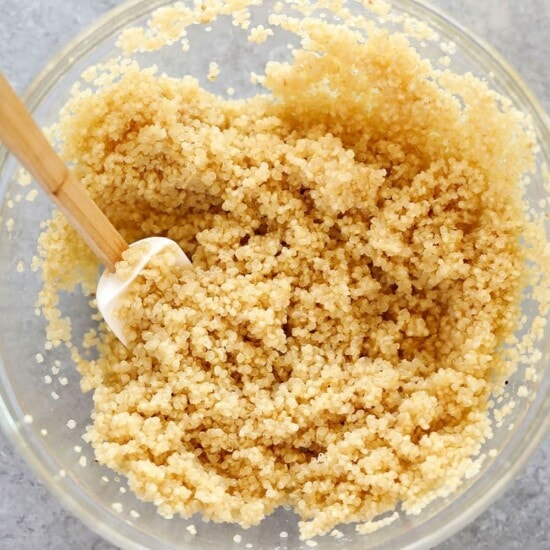 How to Cook Quinoa in the Microwave 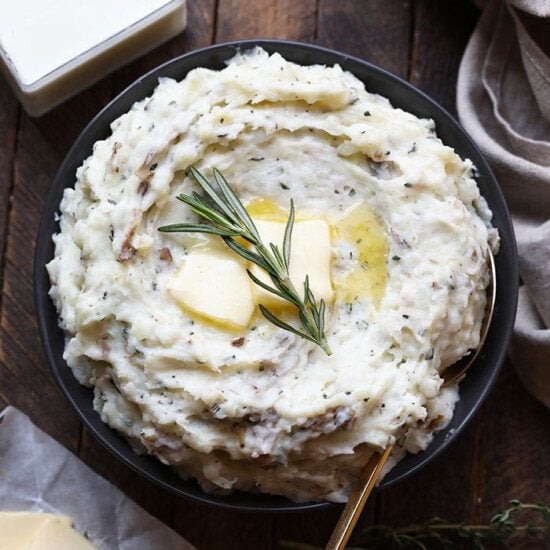 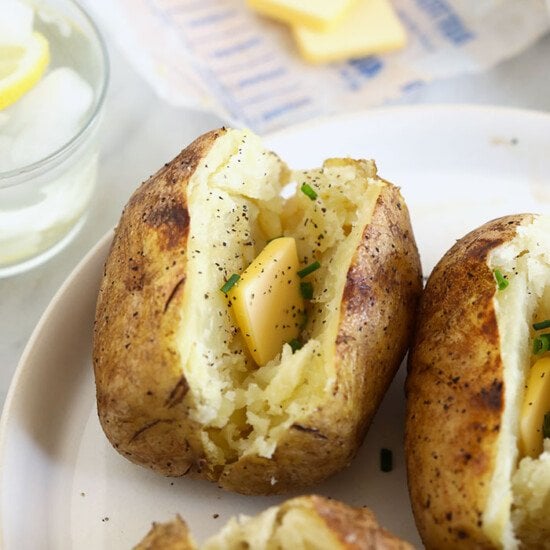 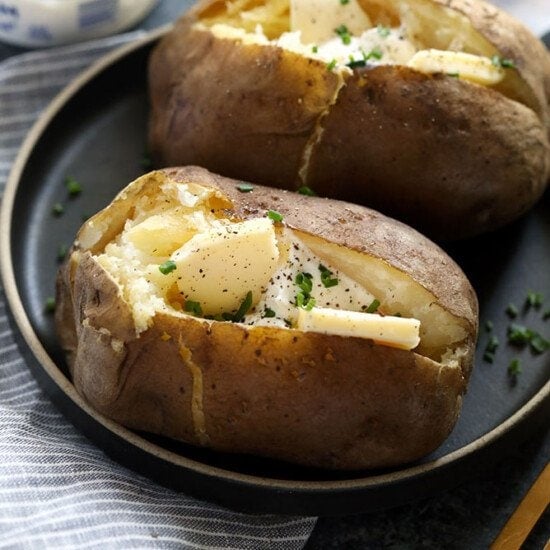 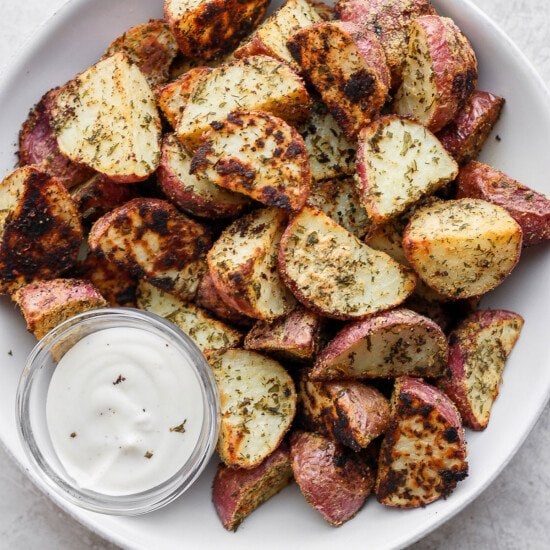 Store in the refrigerator for up to 3-5 days.

Microwave: Place a serving of pork tenderloin on a microwave-safe plate. Then, top it with leftover gravy. Microwave on high for 60-90 seconds.

Oven: Preheat oven to 350ºF. Then, spray a baking dish with cooking spray. Add cooked pork tenderloin and then top with the gravy. Bake, uncovered, for around 20 minutes or until the center is warm.

Can you freeze leftover pork tenderloin?

To freeze leftover pork tenderloin, let it cool completely. Then, transfer it into a gallon-size freezer-safe plastic bag. Remove as much air as possible and freeze for up to 3 months.

Want to try cooking with another cut of pork? Here are our favorite pork roast ( a bit fattier than pork tenderloin) recipes from Fit Foodie Finds. 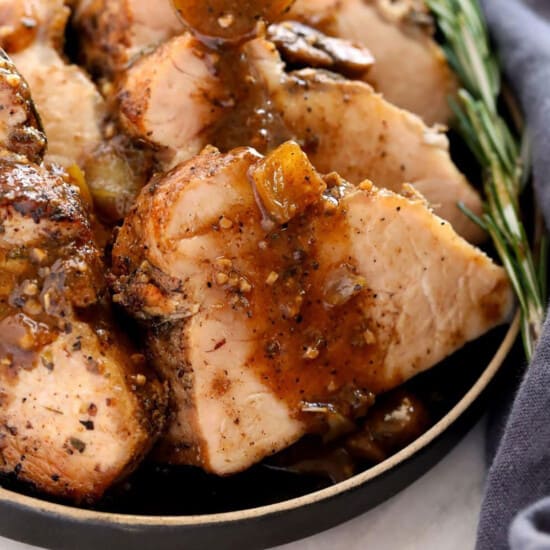 Looking for a tender and juicy baked pork tenderloin recipe? Look no further! This pork tenderloin is so flavorful and is made with the best mushroom gravy.
Prep:15 minutes
Cook:25 minutes
Total:40 minutes
Fat 15
Carbs 13
Protein 39
Yield: 4
Print Pin Rate

I made this tonight for my family for dinner and it was really good!! The gravy was different from a typical gravy but soo delicious!!

Yay! So glad you enjoyed this — we love the gravy too 😀

Was looking for an oven roasted pork tenderloin recipe with gravy. This was easy and delicious and I had everything on hand. Very good!

It’s one of our favorites. So happy you liked it!

Easy peasy and great flavor. Will be making this a regular addition to our meals.

Delicious! Simple recipe and the pork was very tender. Thanks!

Made this for Christmas today. So delicious. The pork was perfectly tender and the gravy is layered with flavor. I’ll be making this again.

So happy you and your family enjoyed this!